South-East Asia between China and the US

A poll of more than 1,000 Southeast Asian experts, analysts, and business leaders has laid bare the concerns of a region trying to find its way amid the rise of China and the decline of the United States’ influence.

On the one hand, many in the region are wary of President Xi Jinping’s mission to reclaim for China the centrality it enjoyed in East Asia before the imperial depredations by the West and Japan in the 19th and early 20th century. It is not just that China is aggressively challenging the maritime and territorial claims of Brunei, Indonesia, Malaysia, the Philippines, and Vietnam in the South China Sea, through which the majority of China’s seaborne trade passes. It is also that Mr. Xi’s call for “Asian people to run the affairs of Asia” sounds like code for China running Asia. As a Chinese foreign minister once told a gathering of the ten-country Association of South-East Asian Nations (ASEAN): “China is a big country and [you] are small countries, and that is just a fact” for details see at the end of the following link.

On the other hand, while ASEAN members welcome America as the dominant military power in the region to counter China’s growing heft, they know that conflict would be disastrous for them. South-East Asian diplomats did not loudly cheer the anti-China rhetoric of President Donald Trump’s administration, which is unlikely to soften much under Joe Biden. And no wonder. Many of the region’s governments are hostile to democracy, and few see America’s political model as one to emulate.

A research paper by the London School of Economics and Political Science stated that the US still has to manage its relations with China, which extend far beyond the regional canvas. The dilemma the US cannot escape is how to integrate into the international system a rising power that will eat into American predominance in the world, even if it will remain the preeminent power for a long time to come. The instinct to attempt to snuff out the rising power has to be resisted, even if such a strategy were possible. Washington has so far managed this well, in spite of the pressures of domestic opinion from both sides of the partisan divide. In Southeast Asia China has become economically preeminent, and whatever China’s strategic missteps over the South China Sea disputes, the United States will not displace China’s economic importance in the region. The test for the United States is to manage its relations with China in Southeast Asia as elsewhere without reflecting China’s self-righteousness with its own sense of exceptionalism.

Underneath map of the South China Sea drawn by Bai Meichu (who probably never went to sea in his life) for his New Atlas of China’s Construction in 1936. James Shoal (off Borneo), Vanguard Bank (off Vietnam), and Seahorse Shoal (off the Philippines) are drawn as islands, yet in reality, they are underwater features. Almost none of the islands that Bai drew in the central and southern parts of the South China Sea actually: 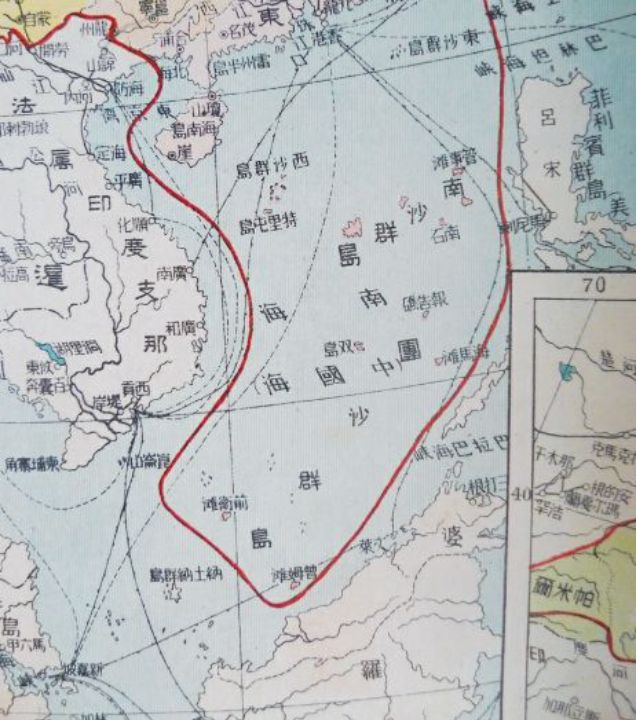 Yet today, China is too close to South-East Asia and already too mighty to turn against. It is by far South-East Asia’s biggest trading partner and its second-biggest investor, behind Japan. ASEAN’s prosperity is as bound to China as its supply chains are. And as Sebastian Strangio, a perceptive observer of the region, points out in a new book, “In the Dragon’s Shadow,” South-East Asia has a powerful stake in China’s growth and stability: historically, turmoil in China has spread instability southward.

So, how not to get caught between the two giants? The region’s strategists remind themselves that things have been worse when it comes to great-power rivalry. At the height of the cold war, bloody conflict in Indo-China and communist insurgencies elsewhere threatened to reduce South-East Asian autonomy to zero. Those concerns, and the need for a mechanism to manage their mutual mistrust, were catalysts for Indonesia, Malaysia, the Philippines, Thailand, and Singapore to form ASEAN more than 50 years ago. And today? At least, the strategists say, with black humor, China and the United States have not carved up the region between them.

As for 2021, the region’s experience in managing great-power rivalry will come to the fore. South-East Asia has lived under China’s armpit for millennia, and ASEAN’s member countries have dealt with the American presence since the second world war. The approach will be to “hedge, balance and bandwagon” between the two, says Bilahari Kausikan, formerly Singapore’s top diplomat.

Students of international relations are usually taught that only one of these three approaches is possible at any time. Yet pragmatic South-East Asians, Mr. Kausikan argues, have a knack for doing all three. One example is 2021: just as the Philippines under President Rodrigo Duterte will keep wooing Mr. Xi over Chinese investment, expect a rapid improvement in once-strained military ties with America. South-East Asia in 2021 will also do more to invite other powers, notably Japan, South Korea, Australia, and India, to share in both regional prosperity and security.

Hedging, balancing, and bandwagoning rests, admittedly, on one big assumption: that neither America nor China really intends to decouple their two economies entirely. That calculation is probably right, and even if hard-nosed competition and negotiation between the two powers reconfigure global supply chains, South-East Asians still intend to profit from that.

Even so, it is a gamble, and other risks loom. Not the least of them is maintaining ASEAN solidarity—China has already tried to drive a wedge into the organization by turning Cambodia and Laos, for now, into client states. Mr. Xi’s increasing claims to speak for all ethnic Chinese overseas, including 30m South-East Asians of Chinese ancestry, raise the risk of nativist demagogues using anti-China feelings to whip up ethnic hatred.

Perhaps the most nail-biting risk of all is of some unintended clash between China and America over the South China Sea. In the event of military conflict, the hedge, the balance, and the bandwagon will not get anyone very far at all. 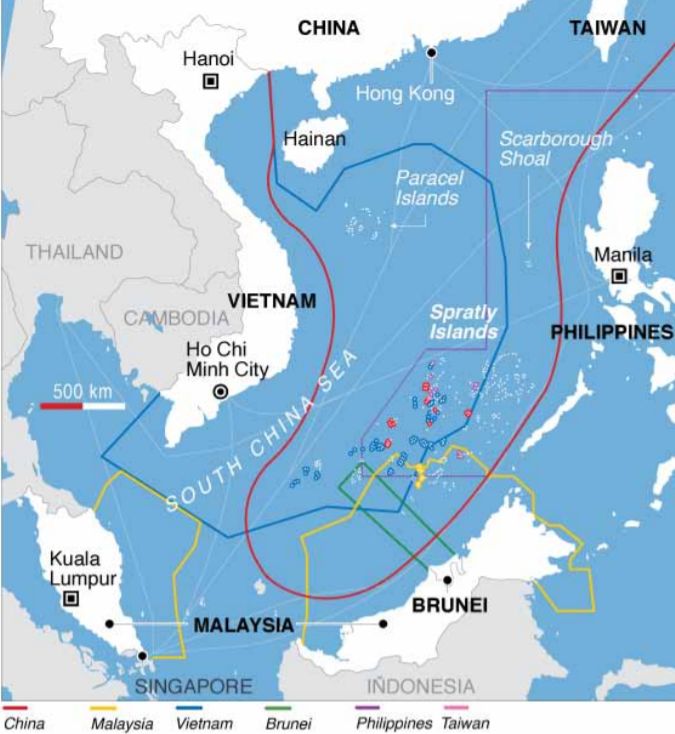