There is a new brand of diplomacy taking hold in Beijing and its chief architects have a suitably fierce nickname to match their aggressive style—they are the wolf warriors.

"Wolf Warrior" is the title of a hugely successful series of patriotic action films in China, featuring Rambo-like protagonists who fight enemies at home and abroad to defend Chinese interests. The first film was released in 2015 and made more than $76 million (545 million yuan) at the box office.

It quickly spawned a sequel that became China's highest-grossing film at the time when it was released in 2017. "Wolf Warrior 2"' was based around a squad of People's Liberation Army soldiers sent into an African country to rescue Chinese civilians. The film's tagline was, "Even though a thousand miles away, anyone who affronts China will pay."

In April, the state-run tabloid Global Times published a story praising China's "wolf warrior" diplomats for taking the fight to the West, saying it was necessary as Western diplomats "resort to a hysterical hooligan style diplomacy."

But fighting as a lone wolf is dangerous in an action film. It is even riskier as a foreign policy. 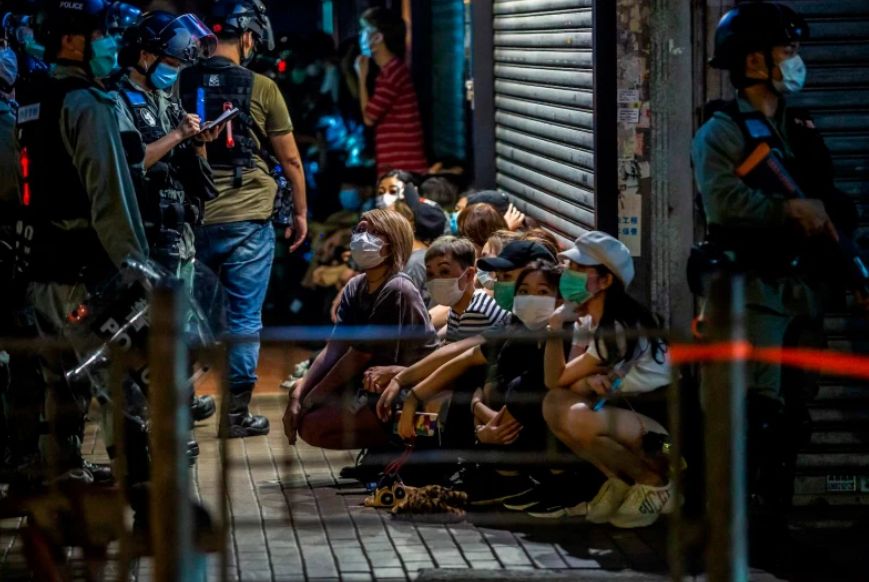 While initially it was expected that Beijing would send troops into Hong Kong which in fact later was confirmed that this was the plan, it does not come as a surprise China's parliament has backed a new security law for Hong Kong which would make it a crime to undermine Beijing's authority in the territory. China pledges to 'support' territory's police as US warned not to interfere.

And while the US set to go it alone with hard line on China, as other countries back off, China’s move has implications beyond the US Hong Kong.

The people of Hong Kong want two things: to choose how they are governed and to be subject to the rule of law. The Chinese Communist Party finds both ideas so frightening that many expected it to send troops to crush last year’s vast protests in Hong Kong. Instead, it bided its time. Now, with the world distracted by COVID-19 and mass protests difficult because of social distancing, it has chosen a quieter way to show who’s boss. That threatens a broader reckoning with the world—and not just over Hong Kong, but also over the South China Sea and Taiwan.

In recent years, Beijing has pressed its claim to the disputed waters by building artificial islands in the Spratly Islands and bolstering its facilities in the area. Additionally, Beijing’s “maritime militia” has been active in denying other claimants full access to the marine resources in the region. 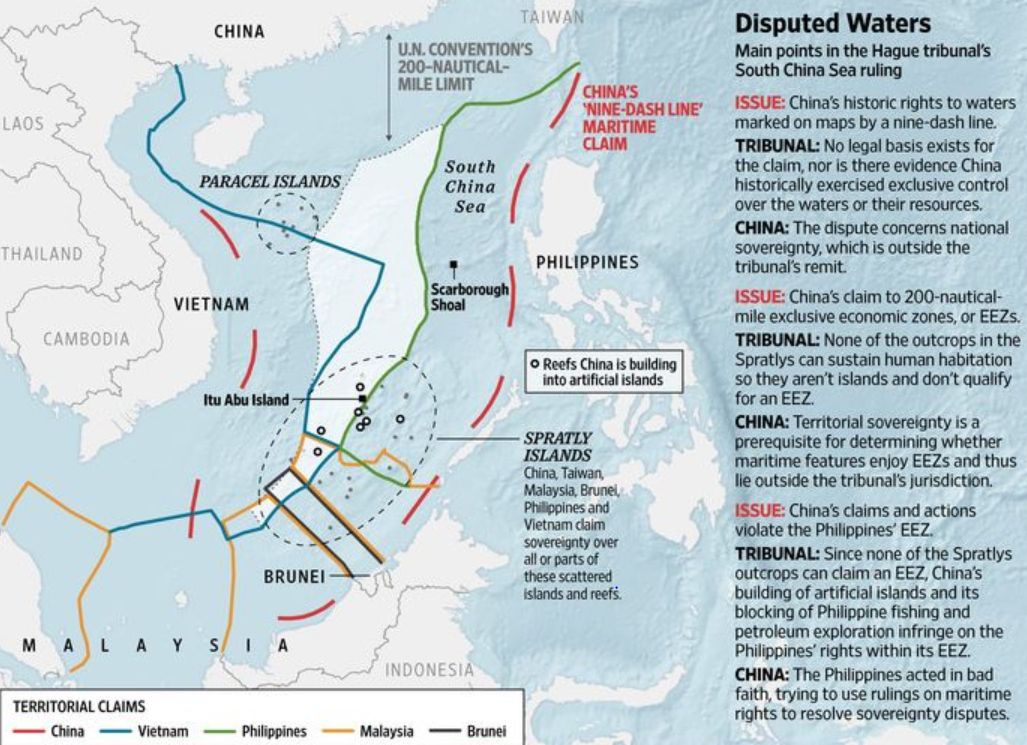 On the 21 May China declared, in effect, that Hong Kongers deemed to pose a threat to the party will become subject to the party’s wrath. A new security law, written in Beijing, will create still-to-be defined crimes of subversion and secession, terms used elsewhere in China to lock up dissidents, including Uighurs and Tibetans. Hong Kong will have no say in drafting the law, which will let China station its secret police there. The message is clear. Rule by fear is about to begin.

This is the most flagrant violation yet of the principle of “one country, two systems”. When the British colony was handed back to China in 1997, China agreed that Hong Kong would enjoy a “high degree of autonomy”, including impartial courts and free speech. Many Hong Kongers are outraged (see article). Some investors are scared, too. The territory’s stock market fell by 5.6% on May 22nd, its biggest drop in five years. Hong Kong is a global commercial hub not only because it is situated next to the Chinese mainland, but also because it enjoys the rule of law. Business disputes are settled impartially, by rules that are known in advance. If China’s unaccountable enforcers are free to impose the party’s whims in Hong Kong, it will be a less attractive place for global firms to operate.

China’s move also has implications far beyond Hong Kong. “One country, two systems” was supposed to be a model for Taiwan, a democratic island of 24m that China also sees as its own. The aim was to show that reunification with the motherland need not mean losing one’s liberty. Under President Xi Jinping, China seems to have tired of this charade. Increasingly, it is making bare-knuckle threats instead. The re-election in January of a China-sceptic Taiwanese president, Tsai Ing-wen, will have convinced China’s rulers that the chances of a peaceful reunification are vanishingly small. On 22 May, at the opening of China’s rubber-stamp parliament, the prime minister, Li Keqiang, ominously cut the word “peaceful” from his ritual reference to reunification. China has stepped up war games around Taiwan and its nationalists have been braying online for an invasion.

China is at odds with other countries, too. In its building of island fortresses in the South China Sea, it ignores both international law and the claims of smaller neighbors. Detailed by me in a previous article this week hundreds, perhaps thousands of Chinese troops crossed China’s disputed border with India in the Himalayas. Minor scuffles along this frontier are common, but the latest incursion came as a state-owned Chinese paper asserted new claims to land that its nuclear-armed neighbor deems Indian. 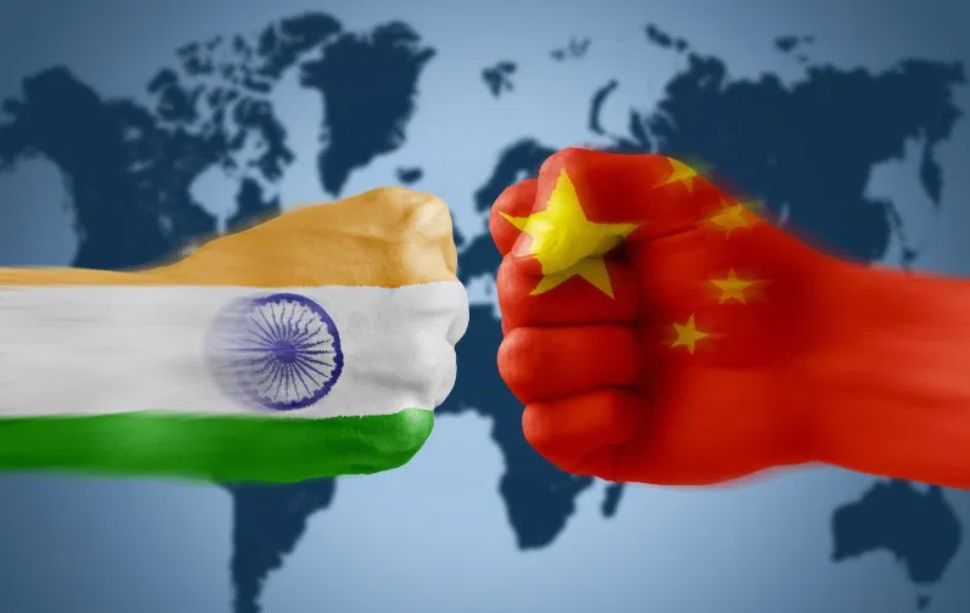 From today's perspective, it now seems that New Delhi will likely find a way to solve its latest China problem whereby India nevertheless is being dragged into the US and China’s fast coalescing new Cold War.

Given the above Chinese relations with the United States are worse than they have been in decades, poisoning everything from trade and investment to scientific collaboration.

However much all the regional muscle-flexing appalls the world, it makes sense to the Chinese Communist Party. In Hong Kong, the party wants to stop a “color revolution”, which it thinks could bring democrats to power there despite China’s best efforts to rig the system. If eroding Hong Kong’s freedoms causes economic damage, so be it, party bigwigs reason. The territory is still an important place for Chinese firms to raise international capital, especially since the Sino-American feud makes it harder and riskier for them to do so in New York. But Hong Kong’s GDP is equivalent to only 3% of mainland China’s now, down from more than 18% in 1997, because the mainland’s economy has grown 15-fold since then. China’s rulers assume that multinational firms and banks will keep a base in Hong Kong, simply to be near the vast Chinese market. They are probably right.

On Thursday, Beijing’s foreign affairs office in Hong Kong hit back at the “gangster logic” of the US, describing the threat of potential sanctions as an “utterly imperious” and “unreasonable and shameless” attempt to obstruct China’s planned national security law for the city.

It also accused the US of attempting to use the “Hong Kong model” to change the social system on the mainland and lambasted the Americans for applying double standards as its own national security legislation lacked transparency.

Thus could ad that Hong Kong ended up a pawn in US-China battleground—and Washington’s next move.

Retired air force major general Qiao Liang said Washington’s open contest with Beijing to contain China’s rise had attracted other parties—including advocates for independence in Taiwan—to join the attack, but he advised the Chinese leadership to avoid being distracted and focus on the main adversary.

“When you are facing off a gang in a fight, you must first bring down the biggest guy and other opponents will be intimidated,” Qiao wrote, in one of two articles published within days of each other on Chinese social media platform WeChat.

Qiao is best known as the co-author of 1999 book Unrestricted Warfare, which discussed US vulnerabilities and suggested non-military ways that superpowers could be defeated. The book prompted former adviser to US President Donald Trump Steve Bannon and others to determine that Beijing was waging “economic warfare” against the US. 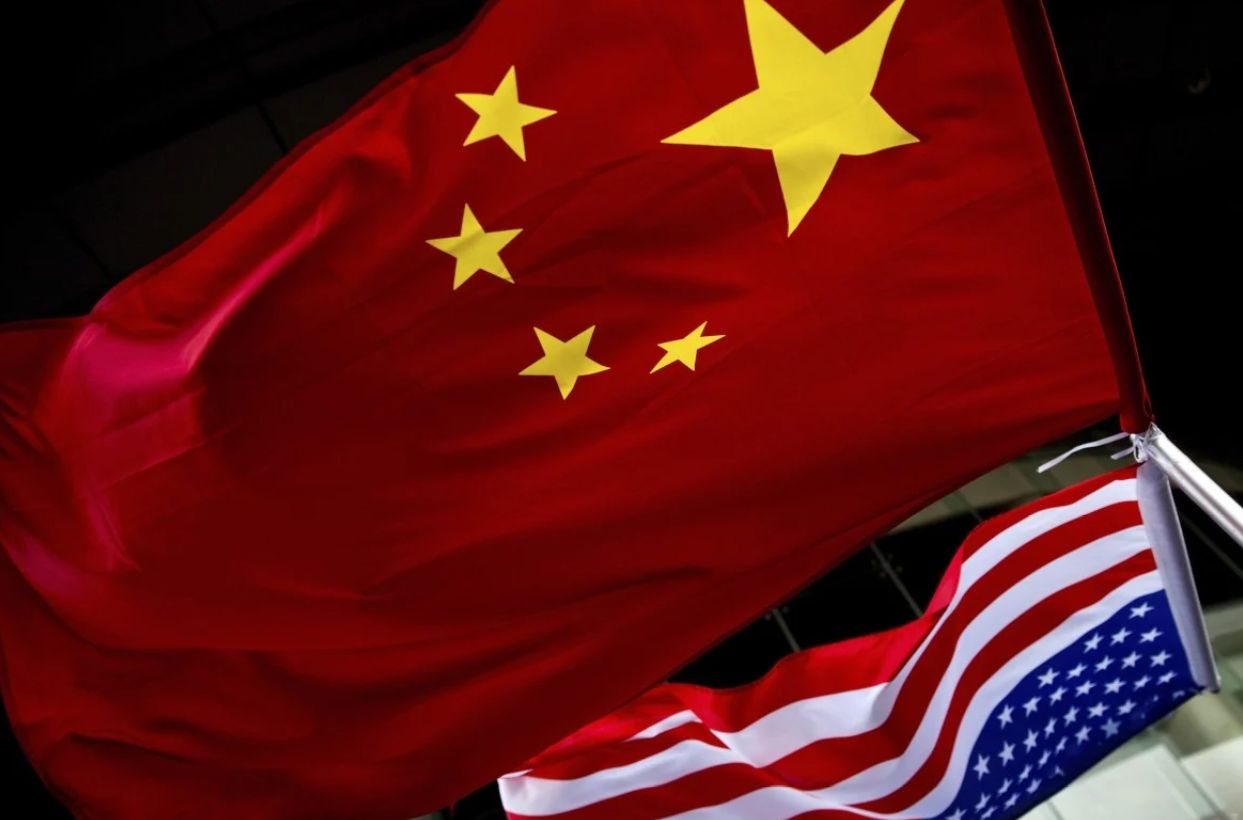 In his latest articles – which coincided with the annual meeting of China’s legislature, the National People’s Congress – Qiao said Beijing should try to neutralize any attempt by the US to contain China’s advancement as a manufacturer. “Arm-wrestling with the US is the least wanted but most urgent business we have to do now,” he said.

Qiao said Washington had taken a number of key steps in preparation for an eventual full confrontation with Beijing. These included starting the trade war, going after technology giant Huawei, suppressing China’s hi-tech industries, decoupling the two economies, blaming China for the new coronavirus pandemic, and demanding compensation for its effects.

The simple picture that President Trump paints of America and China locked in confrontation suits China’s rulers well. The party thinks that the balance of power is shifting in China’s favor. Trump’s insults feed Chinese nationalist anger, which the party is delighted to exploit—just as it does any tensions between America and its allies. It portrays the democracy movement in Hong Kong as an American plot. That is absurd, but it helps explain many mainlanders’ scorn for Hong Kong’s protesters. A U.S. official says the U.S. response will be “as targeted as possible,” but more details are scarce.

While avoiding a wider confrontation this might be a time for the rest of the world to stand up to China’s bullying. On the Sino-Indian border, the two sides should talk more to avoid miscalculations, as their leaders promised to in 2018. China should realize that, if it tries the tactics it has used in the South China Sea, building structures on the disputed ground and daring others to push back, it will be viewed with greater distrust by all its neighbors.

In the case of Taiwan, China faces a powerful deterrent: a suggestion in American law that America might come to Taiwan’s aid was the island to be attacked. There is a growing risk that a cocksure China may decide to put that to the test. America should make clear that doing so would be extremely dangerous. America’s allies should echo that, loudly.

Hong Kong’s options are bleaker. The Hong Kong Policy Act requires America to certify annually that the territory should in trade and other matters be treated as separate from China. This week the secretary of state, Mike Pompeo, declared that “facts on the ground” show Hong Kong is no longer autonomous. This allows America to slap tariffs on the territory’s exports, as it already does to those from the mainland. That is a powerful weapon, but the scope for miscalculation is vast, potentially harming Hong Kongers and driving out global firms and banks. It would be better, as the law also proposes, to impose sanctions on officials who abuse human rights in Hong Kong. Also, Britain should grant full residency rights to the hundreds of thousands of Hong Kongers who hold a kind of second-class British passport—much as Taiwan's President Tsai Ing-wen this week opened Taiwan’s door to Hong Kong citizens. The UK government is mulling giving greater visiting rights to certain Hong Kong residents.

None of this will stop China from imposing its will on Hong Kong. The party’s interests always trump the people’s. And not lost on also the UK, Australia and Canada, they now attempted a last-minute four-nation statement, where US Secretary of State Mike Pompeo and his counterparts called on China to work with Hongkongers on forging a way forward to honor its commitments made under the Sino-British Joint Declaration.

With a lot of luck, the United States and its allies could maybe influence China to at least tamp down how it implements its new law in Hong Kong.