Having just covered; Where will the China/US competition lead the world?

Taking this research in the direction of SEAsia, it appears that rust in the United States has risen among Southeast Asian policymakers over the past year while trust in China has fallen, according to an annual survey of regional opinion conducted by Singapore’s ISEAS-Yusof Ishak Institute.

The interesting question is the extent to which the more positive perceptions of the U.S. result from a temporary “Biden bump” or reflect a more permanent shift in perceptions. As the report's authors wrote, “Only time will tell if the region’s renewed trust in the U.S. is misplaced or not.”

Also, a poll of more than 1,000 Southeast Asian experts, analysts, and business leaders has laid bare the concerns of a region trying to find its way amid the rise of China and the decline of the United States’ influence.

On the one hand, many in the region are wary of President Xi Jinping’s mission to reclaim for China the centrality it enjoyed in East Asia before the imperial depredations by the West and Japan in the 19th and early 20th century. It is not just that China is aggressively challenging the maritime and territorial claims of Brunei, Indonesia, Malaysia, the Philippines, and Vietnam in the South China Sea, through which the majority of China’s seaborne trade passes. It is also that Xi’s call for “Asian people to run the affairs of Asia” sounds like code for China running Asia. As a Chinese foreign minister once told a gathering of the ten-country Association of South-East Asian Nations (ASEAN): “China is a big country and [you] are small countries, and that is just a fact.”

On the other hand, while ASEAN members welcome America as the dominant military power in the region to counter China’s growing heft, they know that conflict would be disastrous for them. South-East Asian diplomats did not loudly cheer the anti-China rhetoric of President Donald Trump’s administration, which is unlikely to soften much under Joe Biden. And no wonder. Many of the region’s governments are hostile to democracy, and few see America’s political model as one to emulate. 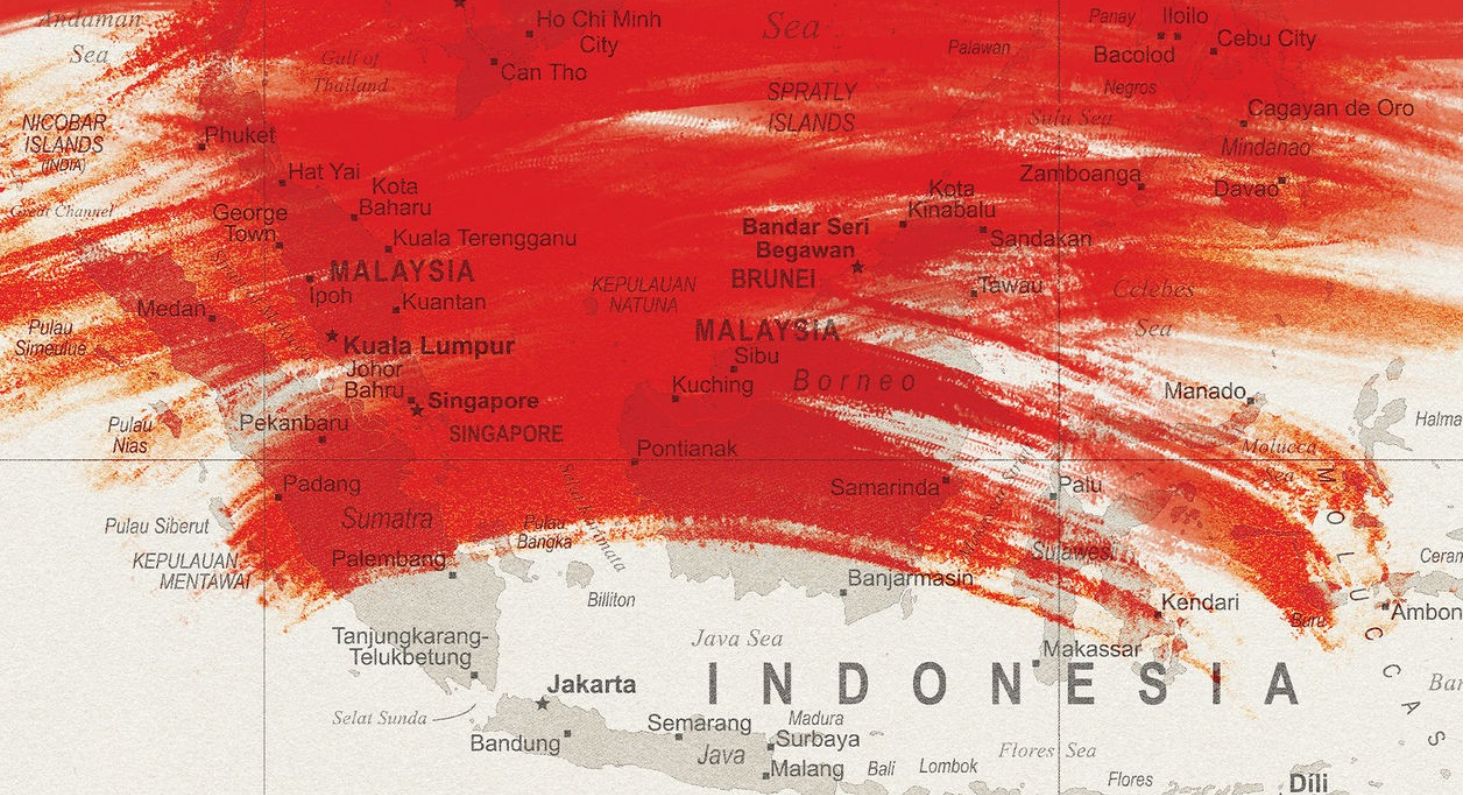 People across South-East Asia already see America and China as two poles, pulling their countries opposite directions. Those protesting against the recent military coup in Myanmar, for example, hold up angry placards that attack China for backing the generals and pleading ones that beg America to intervene. Governments feel under pressure to pick sides. In 2016 Rodrigo Duterte, the Philippines president, loudly announced his country’s “separation from America” and pledged allegiance to China. China’s claim that almost all the South China Sea lies within its territorial waters and America’s rejection of that assertion has sparked blazing rows in the main regional club, the Association of South-East Asian Nations (ASEAN), which China has attempted to win over.

This tug-of-war will only become more fierce for two reasons. First, South-East Asia is of enormous strategic importance to China. On China’s doorstep, astride the trade routes along which oil and other raw materials are transported to China, and finished goods are shipped out. Whereas China is hemmed into its east by Japan, South Korea, and Taiwan, all firm American allies, South-East Asia, are less hostile terrain, providing potential access to both the Indian and Pacific Oceans for commercial and military purposes. Only by becoming the pre-eminent power in South-East Asia can China relieve its sense of claustrophobia.

But South-East Asia is not just a way-station en route to other places. The second reason competition over it will intensify is that it is an ever more important part of the world in its own right. It is home to 700m people, more than the European Union, Latin America, or the Middle East. Its economy, a single country, would be the fourth-biggest in the world after adjusting for the cost of living, behind only China itself, America, and India. And it is growing fast. Indonesia and Malaysia's economies have been expanding by 5-6% for a decade; those of the Philippines and Vietnam by 6-7%. Poorer countries in the region, such as Myanmar and Cambodia, are growing even faster. For investors hedging against China, South-East Asia has become the manufacturing hub of choice. Its consumers are now rich enough to comprise an alluring market. In commercial as well as geopolitical terms, South-East Asia is a prize.

Of the two competitors, China looks the more likely prize-winner. It is the region’s biggest trading partner and pumps in more investment than America does. At least one South-East Asian country, Cambodia, is in effect already a Chinese client state. And none is willing to cross China by openly siding with America in the superpowers’ many rows.

However, as close as South-East Asia’s ties with China appear, they are also fraught (see article). Chinese investment, although prodigious, has its drawbacks. Chinese firms are often accused of corruption or environmental depredation. Many prefer to employ imported Chinese workers rather than locals, reducing the benefits to the economy. Then there is the insecurity bred by China’s alarming habit of using curbs on trade and investment to punish countries that displease it.

China also dismays its neighbors by throwing its weight around militarily. Its seizure and fortification of shoals and reefs in the South China Sea, and its harassment of South-East Asian vessels trying to fish or drill for oil in nearby waters, is a source of tension with almost all the countries of the region, from Vietnam to Indonesia. China also maintains ties with insurgents fighting against the democratic government of Myanmar and has in the past backed guerrillas all over the region.

This sort of belligerence makes China unpopular in much of South-East Asia, building, alas, on dismaying traditions of prejudice. Anti-Chinese riots often erupt in Vietnam. Indonesia, the world’s most populous Muslim country, has seen protests about everything from illegal Chinese immigration to China’s treatment of its Muslim minority. Even in tiny Laos, a communist dictatorship where public dissent is almost unheard of, whispered gripes about Chinese domination are commonplace. South-East Asian leaders may not dare criticize China openly for fear of the economic consequences. Still, they are also wary of being too accommodating for fear of their own citizens.

China’s bid for hegemony in South-East Asia is thus far from assured. South-East Asian governments have no wish to renounce trade with and investment from their prosperous neighbor. But they also want what America wants: peace and stability and a rules-based order in which China does not get its way by dint of sheer heft. Like all middling powers, the big countries of South-East Asia have an incentive to hedge their bets and see what favors they can extract from the Goliaths of the day.

To help South-East Asia avoid slipping into China’s orbit, America could encourage it to keep its options open and build counterweights to Chinese influence. One mechanism is more regional integration. Trade and investment among the countries of South-East Asia outweigh the business they do with China. Another mechanism is strengthening ties with other Asian countries such as Japan and South Korea, one ASEAN has rightly embraced. Above all, America should not fall into the trap of trying to force its members to pick sides. That is the one thing South-East Asia is determined to resist.