Harbin is the capital of Heilongjiang province but for the first three decades of the 20th century, however, Harbin was effectively a Russian city.

The region of Harbin remained largely rural until the 1800s, with over ten villages and about 30,000 people in the city's present-day urban districts by the end of the 19th century. Then a Polish engineer Adam Szydłowski drew plans for the city following the construction of the Chinese Eastern Railway, which the Russian Empire had financed. 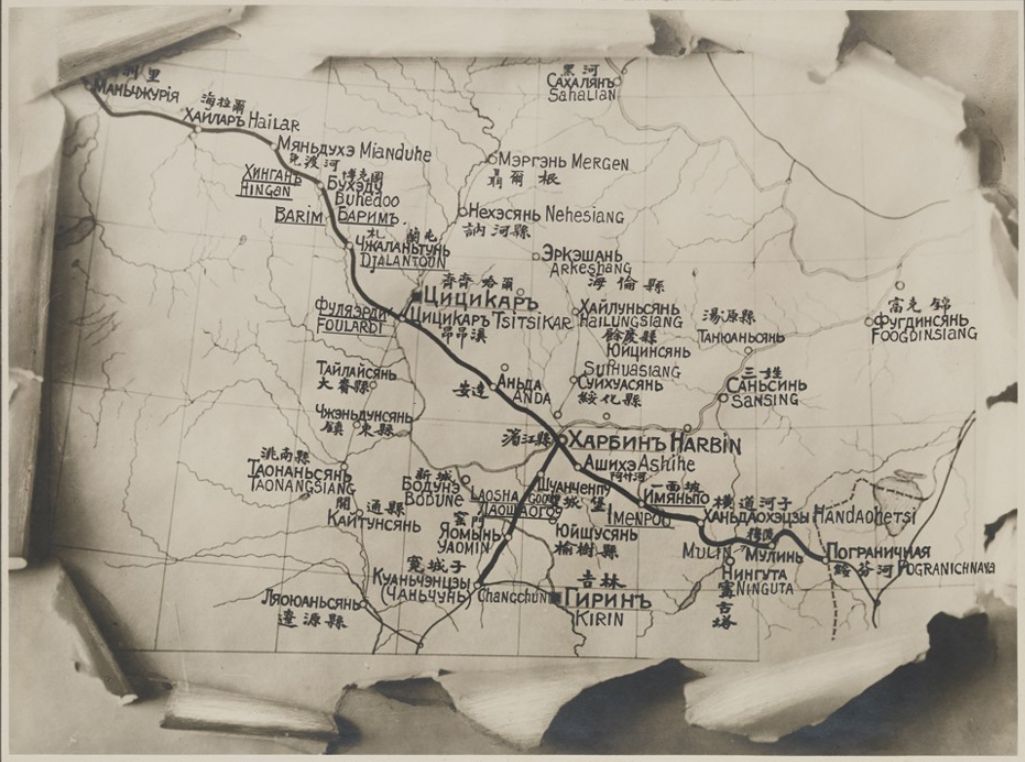 Long before it became the capital of Heilongjiang province, Harbin was a fishing and hunting settlement of Manchuria, whose inhabitants, the Manchus, had a history of conquering and being conquered by China. More than a century ago, vast and mineral-rich Manchuria became the locus of a three-way power struggle between China, Russia and Japan.

After the Sino-Japanese war of 1895, tsarist Russia obtained a concession from China’s weak Qing dynasty to build the China Eastern Railway (CER) as a short cut linking two Russian cities: Chita, in Siberia, and the far eastern port of Vladivostok. The route, however, meant traversing northern Manchuria via Harbin.

The Russians selected Harbin as the base of their administration over this railway and the Chinese Eastern Railway Zone. The railways were largely constructed by Russian engineers and indentured workers. The Chinese Eastern Railway extended the Trans-Siberian Railway: substantially reducing the distance from Chita to Vladivostok and also linking the new port city of Dalny (Dalian) and the Russian Naval Base Port Arthur (Lüshun). The settlement founded by the Russian-owned Chinese Eastern Railway quickly turned into a "boomtown," growing into a city within five years. The majority of the Russians who settled in Harbin came from southern Russia, and the dialect of Russian spoken in Harbin was derivative of the dialect of Russian spoken in Odessa. In addition, there were many Ukrainians, Jews, Poles, Georgians, and Tatars.

From the start, it was a highly controversial project because the great powers of the time suspected Russia of using the railway to control large parts of Manchuria. They were right, of course. Borrowing from British treaty ports, Russia claimed extraterritorial rights for the zone covered by the CER, putting it outside Chinese jurisdiction and making it Russian territory, not only for railway employees but also for hundreds of thousands of travelers and settlers, Russian and foreign, within the zone. As a result of its enormous influence, the CER would be the cause of several major conflicts over the next half-century. 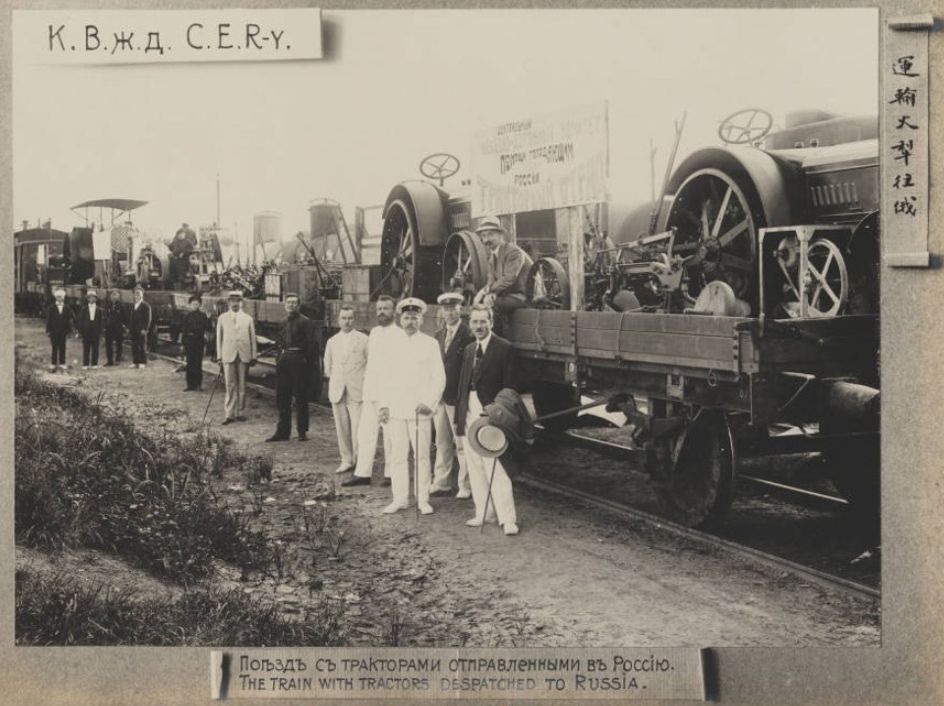 The city was intended as a showcase for Russian imperialism in Asia and the American scholar Simon Karlinsky who was born in Harbin in 1924 into a Russian Jewish family wrote that in Harbin: "the buildings, boulevards, and parks were planned—well before the October Revolution—by distinguished Russian architects and also by Swiss and Italian town planners", giving the city a very European appearance. Starting in the late 19th century, a mass influx of Han Chinese arrived in Manchuria, and taking advantage of the rich soils, founded farms which soon turned Manchuria into the "breadbasket of China" while others went to work in the mines and factories of Manchuria, which become one of the first regions of China to industrialize. Harbin became one of the main points through which food and industrial products were shipped out of Manchuria.

Japan viewed Russia’s eastern expansion with alarm, and the CER was a casus belli for the Russo-Japanese conflict in 1905. A rising power, the Japanese shocked the world by defeating the Russians both on land – in the battle of Mukden, which involved 600,000 combatants – and at sea, when the Russian fleet famously sailed halfway around the world from its Baltic base, only to be sunk in the Tsushima Strait.

Russia’s defeat cost it the Liaodong Peninsula and the Japanese took over the CER line between Changchun and Port Arthur, renaming it to the South Manchuria Railway. Although some Russians returned home after this major setback, many more kept arriving. By 1913, Harbin was an established Russian colony with a population of nearly 70,000 people, most of the Russian or Chinese descent.

he White Russian Army ran the Russian part of the CER from 1917 to 1924, and many in the Russian Harbintsy community, which by the 1920s numbered about 120,000, thought their lifestyle would last forever. They were wrong. The Soviet Union was established on December 30, 1922, and China officially recognized the Soviet government two years later. Old Russian passports were now invalid and Harbin’s Russians who had no wish to become Soviet citizens were rendered stateless.

The Soviets renounced imperialist territorial claims but took control of the CER. In a pact that would have conse­quen­ces for Aleksandrov, it was agreed with the Chinese that the CER would employ only Soviet and Chinese citizens. By this time, the Chinese were also taking over Harbin institutions, including the police, courts and post office. In 1929, Chinese warlord Zhang Xueliang captured the CER, but Soviet troops intervened to restore the status quo.

In September 1931, Japan invaded Manchuria, estab­lishing a base in Mukden, about 550km south of Harbin. Then in February 1932 their troops overcame Chinese resistance to take Harbin. The city’s White Russians initially welcomed the Japanese, who had been Western allies in the first world war and had sent troops to Manchuria in 1917 to defend the White Russians against the Reds. But things had changed. The Japanese established a claim to the territory they now called Manchukuo. They wanted to control the whole CER and, in 1935, the Soviets sold the rest of the line to them. In return, Japan arranged for 20,000 CER employees and their families, including 13,000 from Harbin, to return to Russia. Foreign business in Harbin shrank as the puppet state of Manchukuo became isolated internationally and the Japanese tightened their grip on the local economy. Poverty was rife, especially among the Chinese. Prostitution was rampant across nationalities.

It did not help that the Songhua River flooded Harbin twice in the 30s, causing epidemics and collapsing infra­structure. Most horrific of all, as we saw during a visit to the War Crimes Museum in the Pingfang district, starting in 1934 the Japanese Army’s Unit 731 built a biological and chemical warfare research and development unit that performed vivisection on live humans. Over a decade, they would subject at least 3,000 men, women, and children to experiments that included freezing them or injecting them with bubonic plague. Most of those killed at Unit 731 were Chinese, but they also included Soviet Russians, Mongolians, Koreans and Allied prisoners of war. “Plague bombs” developed at Unit 731 and affiliated units were dropped on the Chinese throughout the second world war, and resulting cholera, anthrax and plague killed hundreds of thousands of civilians.

The city as it exists today still shows St Sophia Cathedral, built-in 1907 and a focal point for orthodox Russians closed during the Cultural Revolution in 1997 it was converted into a museum: 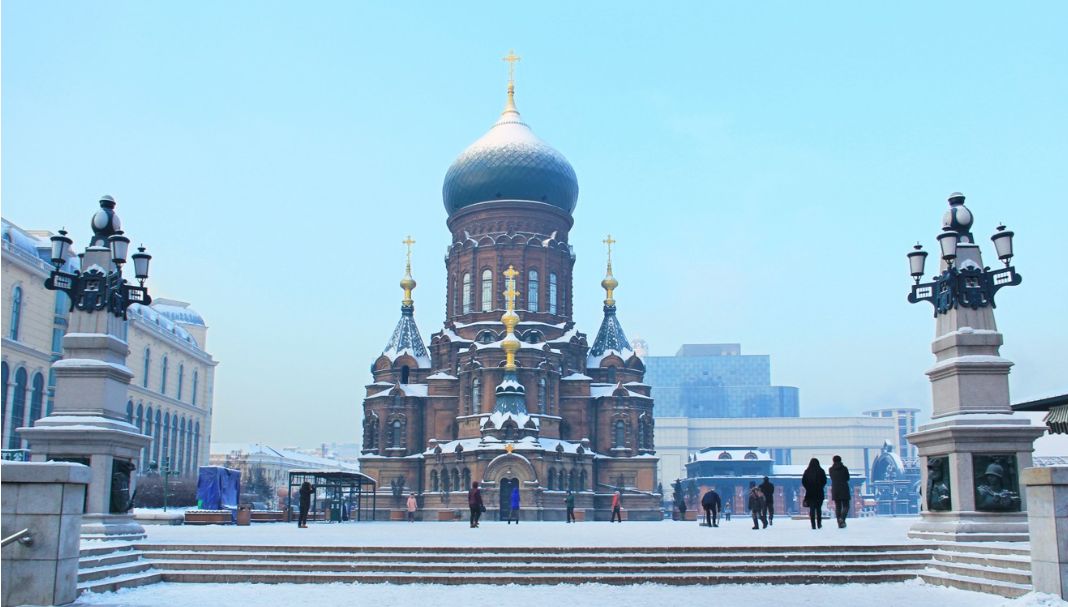