On 16 Sept. 2019 following an attack on Saudi Arabia from Yemen I suggested that: Reason dictates that the Trump administration should not join the Saudi-Iran proxy war, or attack Iran on Riyadh’s behalf. Instead, Washington should leverage the attacks on Saudi Arabia’s oil infrastructure that have caused an unprecedented outage to push for a resolution to the disastrous war in Yemen.

What happened also is that the Trump Administration’s mixed signals on Syria, last-minute decision to abort a retaliatory strike for Iran’s downing of an American drone, have dissipated the earlier deterrent effect of President Trump’s warnings to Iran. Iran does not doubt U.S. military capabilities—but has reason to question Washington’s willingness to use them. That is why I wrote on 27 Dec. that now the odds of a U.S. military response either directly against Iran or against the militias in Iraq backed by Tehran have risen following the 27 Dec. rocket attack on a military base in Kirkuk.

The response came in fact the very next day:

The contractor's death marked the first U.S. casualty in 2019 as a result of an Iranian-linked PMU attack in Iraq or Syria. Likewise, the US strikes on 5 Iraq backed facilities in Iraq and Syria caused the deaths of dozens of Kataib Hezbollah members marked a significant escalation.

Protesters attacked the US Embassy in Baghdad today, scaling the walls and forcing the gates of the compound, as hundreds demonstrated against American airstrikes on an Iran-backed militia group in Iraq. 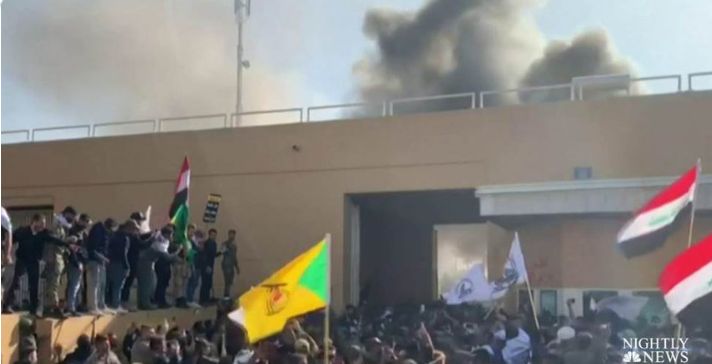 AH-64 Apaches were deployed to protect the US Embassy in Baghdad. 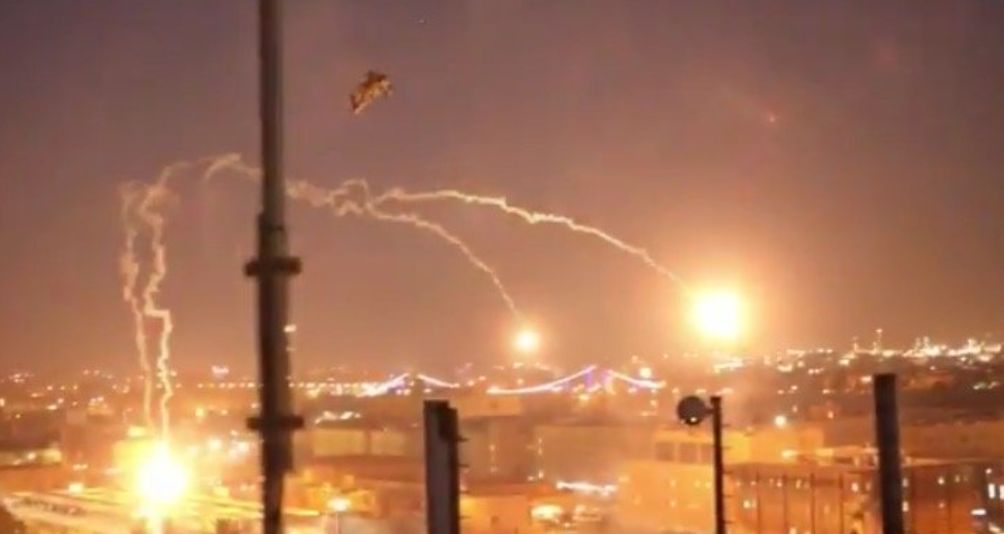 As night fell, protestors set up tents near the embassy, suggesting another day of upheaval lies ahead. Iraqi counterterrorism forces were deployed around the perimeter of the embassy, while the Pentagon announced additional Marines would be sent to Baghdad and more troops would be deployed to the Middle East in response to the embassy crisis.

US secretary of State Pompeo worked the phones Tuesday, speaking with Iraq’s prime minister and president. According to a State Department spokeswoman, Pompeo “made clear the United States will protect and defend its people,” and the Iraqi leaders said they “took seriously their responsibility” to ensure the safety of the U.S. Embassy.

Sen. Lindsey Graham made the connection between Benghazi and Baghdad in a tweet after meeting with President Donald Trump on Tuesday. “President Trump is determined to protect American personnel and expects our Iraqi partners to step up to the plate. No more Benghazis,” Graham tweeted. “Very reassuring to see President Trump has beefed up our military capability to protect our personnel in Baghdad.”

Whereby Trump said that he does not want, or foresee, war with Iran after he earlier threatened to retaliate against the country. 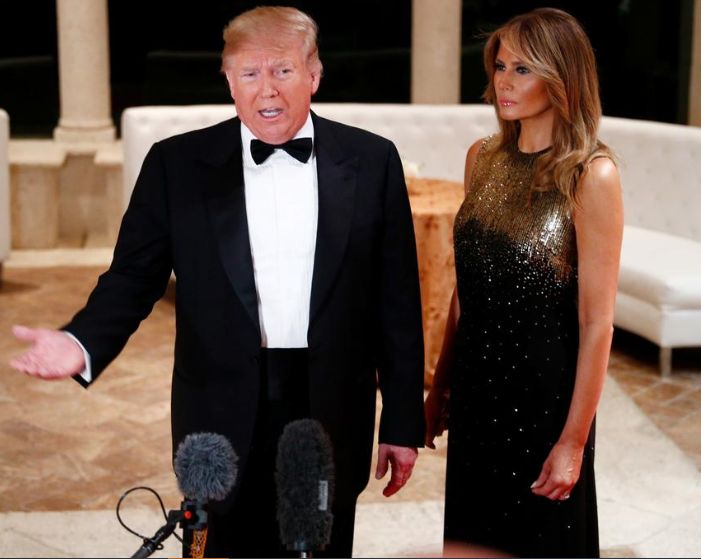 Some like the British Guardian, however, suggested that the Iraq riots expose America weaker and with fewer options. "And that no one – almost certainly not even Trump – knows how he is going to respond." As I will explain next what it might indeed do is lead to a growing tolerance for risk from the side of Iran.

In fact Iran’s leaders seem not likely to be deterred by US President Donald Trump’s warning on 31 Dec.  that Tehran would be held responsible for attacks on US forces in Iraq and the storming of the US embassy in Baghdad. The mob of thousands of Kataib Hezballah supporters who broke into the embassy on Tuesday heralded the reverse scenario. Iran believes that ramping up the pressure on US forces in Iraq will serve its interests in Iraq as well as in Syria.

Iran's extensive links with militia groups in both Syria and Iraq provide Tehran with a means by which to strike at U.S. forces by proxy. Given its larger dispute with Washington amid the U.S. sanctions campaign that has stifled its economy, Iran has become increasingly willing to use that option. But as the U.S. counterstrike illustrates, a proxy attack still carries with it the real possibility of a further escalation of attacks and counterattacks by both sides. Immediately after the airstrikes, the United States asserted that they were a direct retaliation over the attack on K-1, characterizing them as an effort to deter future militia operations against its forces. This fits in with Washington's preferred strategy of leaning heavily on sanctions, including those put in place in December against Iraqi militia leaders, to cripple Iran while seeking to avoid a military escalation to full war. 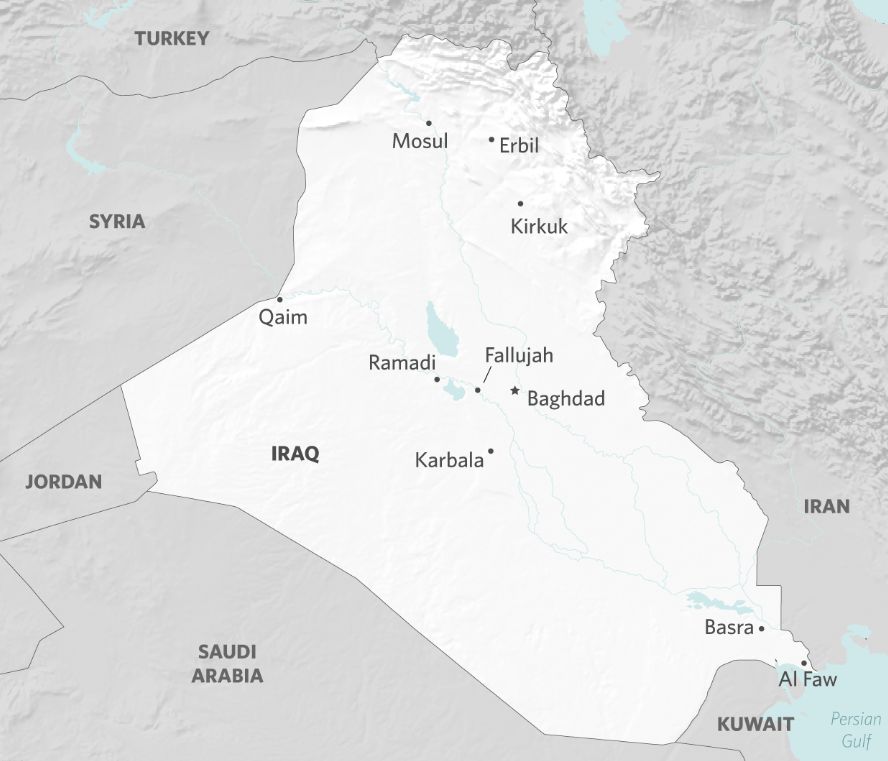 The United States is also aware that, given the operating environment in Iraq and Syria, its forces dispersed in the two countries are vulnerable to attacks from Iranian-linked militias. For its part, Iran is cognizant of the risks that military escalation with a country as powerful as the United States carries. Still, pressure from the economic sanctions has left Tehran more willing to absorb those risks as it seeks ways to push back.

Beyond risking a fight with the United States that could spread to Iran itself, an escalation of violence at a time when Iraqi street protesters are decrying the Iranian influence in their country could also backfire on Tehran. But even with those risks hanging over their heads, Iran's deteriorating economy and the eagerness of some of its PMU proxies to confront U.S. forces could tempt Iranian leaders to act. Even if a large-scale Iranian counterattack over the U.S. strike on Kataib Hezbollah does not materialize, the rocket attacks on U.S. positions in Iraq and Syria are not only likely to continue, and they may even increase in intensity.

Iranian proxies could also use other means of attack, such as with improvised explosive devices. This means that there is a continued high likelihood of further U.S. casualties at the hands of Iranian-linked militias. Those, in turn, could lead to new rounds of U.S. strikes. At this stage in their confrontation, a rapid escalation of violence between Iran and the United States is hardly inevitable. However, the potential for more incidents will remain elevated as long as the political acrimony between the countries remains in its current state.

The violent exchanges further complicate the already chaotic political situation in Baghdad and will strain Iraq's relationship with both Iran and the United States. Many Iraqi PMUs have been directly funded and equipped by Iran — and thus are accurately viewed by Washington as direct tools of Iran. But the fact that the militias comprise Iraqi fighters gives Iran a degree of political protection from the Iraqi government over their continued use in Iraq, as well as some plausible deniability as it uses the militias to bolster regional hegemony.

Iraqi politicians who have ties with both the United States and Iran have issued measured condemnations of the airstrikes, but have stopped short of calling for the withdrawal of U.S. forces. This underscores their desire not to antagonize either country, both of which are powerful security backers and necessary economic partners for Baghdad. On Dec. 29, for example, Iraqi President Barham Salih called the U.S. airstrike unacceptable, and the same day, the dominant Dawa party issued a statement condemning the use of Iraq as a site for the United States and Iran to settle scores. The Iraqi prime minister's office, which had been informed that the airstrikes would occur about half an hour before they happened, said it "strongly rejected" the actions. Meanwhile, leaders of Iraq's Iranian-allied PMUs, including commander Abu Mahdi al-Muhandis, called for U.S. forces to withdraw from Iraq. He also threatened further retaliation, a threat that carries considerable weight.

Beyond the condemnations, the Iraqi government's lack of control over U.S. or Iranian actions in Iraq opens the likelihood of some diplomatic deterioration between Washington and Baghdad. Given that the fighters among the PMU's ranks are Iraqi, Baghdad will be forced to distance itself publicly from direct cooperation with future U.S. actions against them, and even despite Baghdad's own (mostly failed) efforts over the years to rein in some of the aggressive actions by the PMUs. A strategic framework agreement between Iraq and the United States facilitates close coordination between Iraqi security forces and the estimated 5,000 U.S. troops in the country.

While it has proved valuable in increasing Iraqi security, the agreement has come under increasing political pressure from Iranian-allied politicians in parliament who want U.S. forces to leave Iraq. Iraq's security council said on Dec. 30 it would "reconsider" the relationship between Iraq and the U.S.-led coalition fighting the Islamic State, reflecting Baghdad's tricky position.

The airstrikes will add fuel to the ongoing debate, even though the Iran-allied PMUs themselves remain unpopular among many Iraqis because of their penchant for quasi-legal violence and because their presence makes Iraq a vulnerable proxy theater. A further factor in Baghdad's political decision-making will hinge on the reaction by Iraq's protest movement, especially if demonstrators demand that U.S. operations in Iraq be reined in. Given the limits of Iraq's current caretaker government to respond to emboldened demonstrators, the re-evaluation of the strategic framework agreement that has been stalled in parliament will accelerate if Iraqi protesters demand it.

Moving forward, Iraq will remain a highly volatile site of confrontation between the United States and Iran, damaging Iraq’s diplomatic relations with both countries. But the ball is currently in Iran's court, and the extent of the response by Iranian-linked militias to the U.S. airstrikes will determine whether a cycle of escalation takes hold in Iraq.

From Iran’s point of view, violence may seem like the best or only way to send a message. Iran hereby wants to increase the costs to the U.S. of its maximum pressure strategy. And as we have seen Iraq and Syria are the proxy theaters where both countries have forces and where Iran will try to rebalance the power equation in its favor.

That means there will be more escalation.