Among several others (except for the Americans in principle) Churchill, the valiant fighter for the free nations of Europe, did not believe that that freedom should extend to the colored races. Privately he had specifically excluded them from the Atlantic Charter of 1941, that great Anglo-American clarion cry for freedom which had so raised expectations across the colonial world. Following the end of WWII in Europe, Churchill mused about the possibility of dividing the Indian empire into ' Pakistan, Hindustan and Princestan', the last an amalgam of India's princely states. The first and the third of these entities would remain within the British Empire no matter what happened to the 'Hindoo priesthood machine' and its commercial backers. (Rajmohan Gandhi, Patel: a life, Ahmedabad, 1990 p, 433). By the end of WWII the troops of the British Empire reconstituted the great crescent of land that Britain had occupied before 1941, and then fanned out beyond it. In 1945 South East Asia Command was apparently determined to deploy Indian troops not only in Burma, Malaya and Singapore, but also in Thailand and what had been French Indo-China and Dutch Indonesia. By 1946 however as we have seen, Colonial Asia became a connected arc of protest. Everywhere local nationalists borrowed the words and emulated the deeds of neighbors, and the language of the Atlantic Charter and the San Francisco Declaration became a common tongue for all. 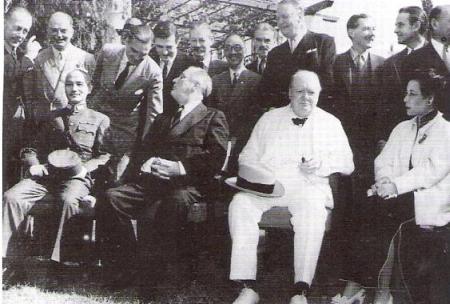 Hot and Cold War in Asia:  The Japanese had "lost"; the British, Chinese, French, Dutch, and Americans had "won." Yet there were still four million Japanese, many of them armed, on the mainland of Asia, and the Europeans remained shut out of most of their former colonies for the time being. All along the vast arc of countries stretching from Manchuria to Burma that constituted the ruins of the Japanese Empire, new ideas and ambitions were stirring, while old feuds were renewed with greater vigor.  P.1 The China Theatre.

Hot and Cold War in Asia: The Cold War brought new violence to the end of empire; as the local struggles in Southeast Asia were now seen as a part of a global chain of conflicts between the two power blocs. Reduced in political might and fearing the spread of communism, the waning colonial powers - Britain, France and the Netherlands - redeployed the weapons of the Second World War in the guise of counter-insurgency campaigns in those Asian territories. P.2 The Malay Theatre.

Hot and Cold War in Asia: The French of Saigon celebrated their victory by going on a rampage in which they expressed all leir pent-up feelings of fear, anger, and resentment at the Vietnamese and humiliation at their incarceration by the Japanese. As one of Mountbatten's staff officers reported, "There were wild shootings and Annamites were openly dragged through the streets to be locked  in prisons. Generally speaking there was complete chaos." (Memo for Adm. Mountbatten, subject: FIC Political and Internal Situation, 3 October 1945, W0203/5562, Public Record Office, London.) P.3 The Vietnam Theatre.

Hot and Cold War in Asia: In contrast to their frequent squabbling over Indochina, American and British leaders gave little attention to Korea during the  war.The State Department  disavowed any responsibility for leaving the Japanese in control, explaining to the press that it was a local decision of the theater commander. In fact, State Department planning documents for Korea had discussed the desirability of continuing to utilize Japanese technicians and functionaries in the postwar era to fill positions where no qualified Koreans were available. However soon Southern Korea could best  be described as a powder keg ready to explode. P.4 The Korean Theatre.

Hot and Cold War in Asia: On November 10, 1945 the British attack against Indonesian Nationalists in Surabaya began. The battle that ensued equaled in intensity many of the battles of World War II. More than five hundred bombs were dropped on the city  during the first three days of the battle. P.5 Indonesia and China Burning.

Hot and Cold War in Asia: By October 1946 the Burmese would be sorely aware that the British had effectively handed power to India.The goal was to keep Burma within the Commonwealth and out of Soviet clutches.On 23 March 1947, standing beneath a huge illuminated map of the continent, Nehru opened the Asian Relations Conference with the words: 'When the history of our present times comes to be written, this Conference may well stand out as the landmark which divides the past of Asia from the future.' From the Levant to China was represented: there were delegations of Jews and Arabs from Palestine; commissars from Soviet central Asia; courtiers from the Kingdom of Thailand; hardened communist guerrillas from Malaya, and polished Kuomintang diplomats. P.6 1945-1950.

Hot and Cold War in Asia: The most deleterious effects of the Allied military presence developed not through blunders or misjudgments of those charged with carrying out the occupations, but when the highest levels of government acted indecisively, had mistaken notions or no notion at all about what was actually happening on the scene, and neglected or ignoted reports from the field. Mountbatten had at least some idea of the formidable nationalist opposition the British were likely to face in southern Vietnam and Indonesia, but the government in London, preoccupied with retaining the goodwill of the Dutch and French, tended to downplay or ignore his warnings and those of his commanders in the field. P.7 Vietnam War and World Decolonization. 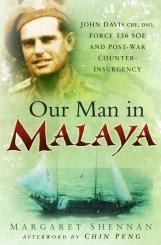 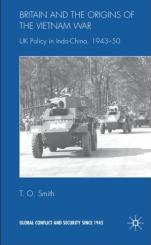 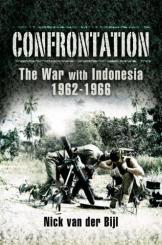 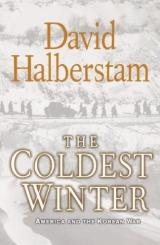 Thus while the old colonial powers were struggling to hang on in Asia, they thought in Africa that they had time to play with. Bureaucratic blueprints for the transfer of power in the indefinite future and after a series of stages (like a dunce's progress from the first form to the sixth) flowed from the pens of colonial planners. The real imperative was the urgent need to make the colonies produce: cocoa, vegetable oil, cotton, sisal, tobacco, copper, gold, uranium, cobalt, asbestos and aluminum. Dollar shortage and Cold War tension turned Africa from the derelict of the inter-war years into Europe's Aladdin's cave. The 'night watchman' state, which let sleeping dogs lie, had to be made into the 'developmental' state, which interfered everywhere. White settler communities in East and Central Africa, typically regarded by pre-war colonial officials as a redundant nuisance, had now to be petted and their expansion encouraged. In colonial West Africa, where there were no white settlers, colonial administrators looked for support to the educated elite of the coastal towns. Coldly regarded before the war, they were now to help energize the drive for growth. With curious optimism, more romantic than rational, the makers of policy in London and Paris assumed that the promise of ultimate self-government would soothe the irritation of a much more intrusive colonial presence and lay the foundations of 'Eurafrican' partnership when colonial rule was eventually relinquished.

Postscript: The history of the twentieth century, worldwide, was marked by the two world wars. The Russian Revolutions of 1917 were a consequence of the First World War, the Cold War of the Second. And as stated recently was a product of security concerns, Stalin’s character and mishaps in diplomacy. But one question still remains: Was the Cold War inevitable?

P.2 From Beginning To End of Cold War

Today we know that the dissolution of the Soviet Union in 1991 was to a great extent the consequence of a long lasting conflict between the Great Russians - the `core nation' of the empire - on the one hand, and the dominant ethnic groups of the other fourteen national Soviet republics, on the other hand. We also know that  a continuing tradition which emphasises Russia's orthodox and traditional past, an intellectual current has been drawing on western European neo-fascist ideas and adapting them to the Russian situation (increasing conservatism across Russia as a whole, these ideas during the 1990’s had an impact right across the political spectrum). The latter we will investigating in the following part.

Investigating the End of the Cold War P.1.

Investigating the End of the Cold War P.2.

Investigating the End of the Cold War P.3.