As the otherwise well-informed Economist (based in London) writes, it is too soon to know whether history will add Biden’s decision to withdraw from Afghanistan to a list of calls that includes support for the war in Iraq and opposition to the raid to kill Osama bin Laden. But in the short term the abandonment of Afghanistan to Taliban rule after nearly 20 years of American commitment—the images of Afghans clinging to departing jets and then falling to their deaths, the stench of great-power humiliation that recalled the evacuation of Saigon in 1975.

It was a defiant and passionate message delivered live to the nation from the White House. Joe Biden last night insisted he stood "squarely" by his decision to withdraw American troops from Afghanistan - as he partly blamed Donald Trump and the Afghan security services for the debacle. The US president admitted the Taliban's sweep to power happened "more quickly" than he had anticipated. But he firmly rejected criticism of his choice to bring home American troops. 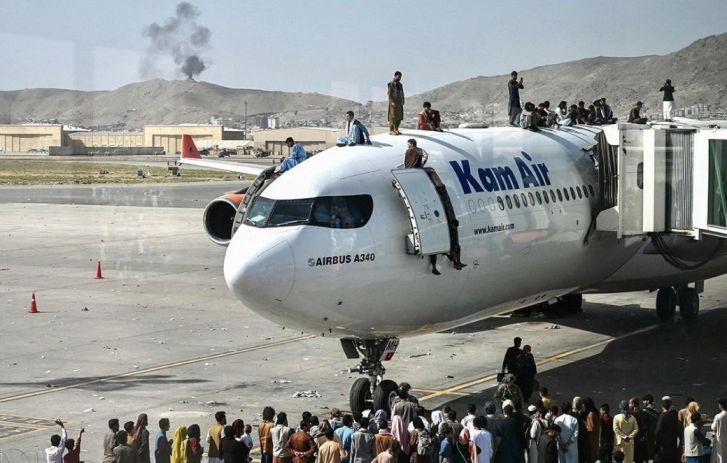 True, few anticipated it would happen this fast. While there were warnings of a Taliban resurgence should the U.S. military withdraw, the past week has seen the group make stunning territorial gains, amassing control of the country with the seizure of one provincial capital after another, and then finally Kabul, in a sweeping surge over just nine days. The Afghan army, largely trained by U.S. forces but addled by exhaustion and corruption, was unable to hold the group back and, in many cases, walked away without firing a single shot. 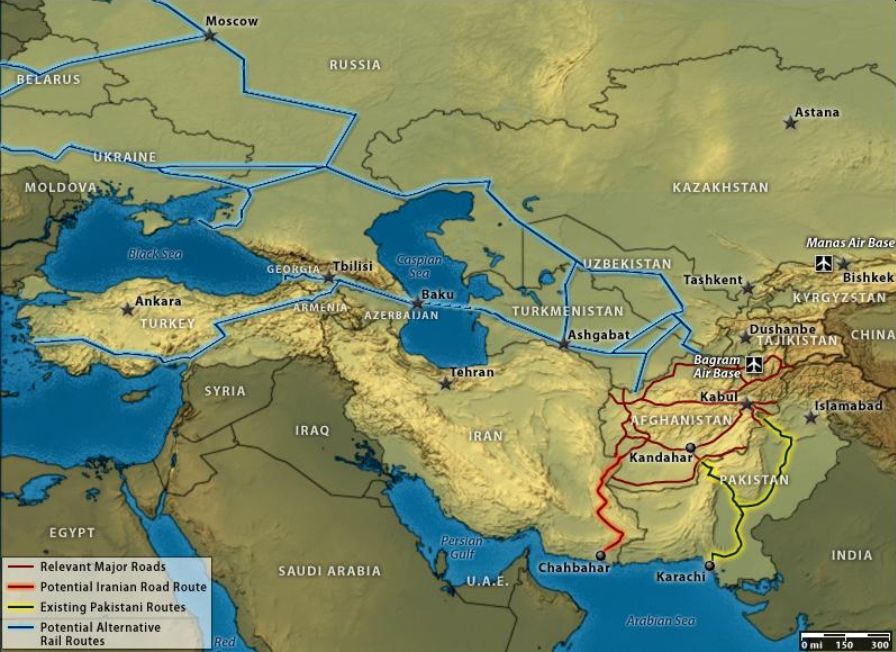 Various countries are currently trying to evacuate their citizens, whereby those who have been in Afghanistan know there is a history to this.

Landlocked and surrounded by mountains, deserts, and competing empires, this central Asian nation has been shaped by war and diplomacy since the Afghan Empire was founded in 1747. A century later, geopolitical rivalries between British interests in India to the East and Russian expansion from the North helped influence its present boundaries. Afghanistan’s national identity has also been molded in its modern history by resistance to foreign incursions, nearly all by non-Muslim powers. 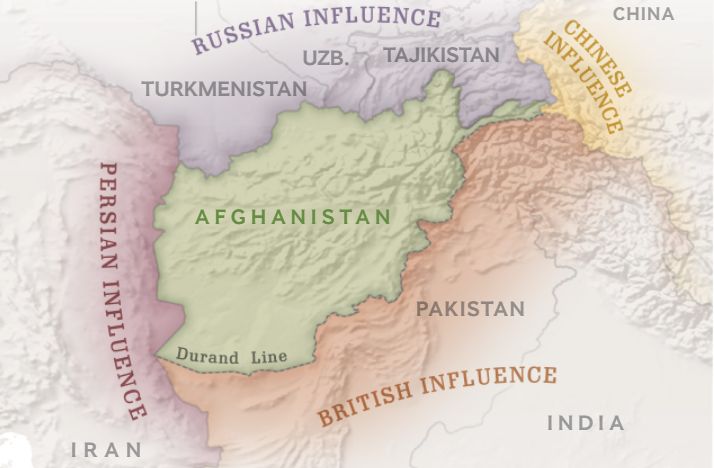 Imposed by the British in 1893, the border placed half of Afghanistan’s dominant ethnic group, the Pashtun, under British rule in what is now Pakistan. 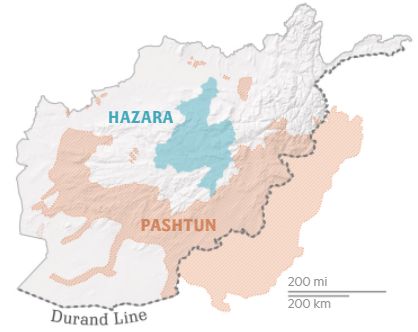 For 50 years, Afghanistan has swung from coups to conflicts. In 1973 an Afghan general ousted the king and declared himself president. Five years later, Afghan communists assassinated him and seized power. The Soviet Union invaded the next year to prop up the unpopular communists, sparking a decade-long guerrilla war. The U.S. funneled billions of dollars via Pakistan to anti-Soviet mujahideen fighters from across the Islamic world—including the Saudi jihadist Osama bin Laden—and they eventually forced the Soviets to withdraw. A power-sharing deal failed, and the militants fractured into warring factions. The Taliban emerged in the chaos and seized power in 1996.

Twenty years have elapsed since the U.S. invaded Afghanistan to rout the al Qaeda terrorists behind the September 11 attacks and toppled the Afghan Taliban regime that sheltered them. Taliban leaders took refuge in neighboring Pakistan, and when Washington’s attention swung to war in Iraq, they mounted a comeback. An infusion of military and development funds to the post-Taliban government followed, mainly from the U.S., totaling more than 150,000 international troops and nearly seven billion dollars in annual aid at the height in 2011. But the surge failed to quash the Taliban, and the U.S. eventually decided to end its longest modern war.

This week, Taliban militants have taken back nearly all the major cities and contest or control most local districts across the country’s 34 provinces. More than three in four Afghans today are under 25: too young to remember the Taliban’s reign of fear and, especially in urban centers, too accustomed to freedoms to be eager to relinquish them. Some rural areas see the fundamentalists’ return as inevitable and preferable, but many Afghans shaped by the post-2001 reality are defiant, unwilling to revert to a reactionary and repressive past.

Far from a monolithic movement, however, the term “Taliban” encompasses everything from old hard-liners of the pre-9/11 Afghan regime to small groups that adopt the name as a ‘flag of convenience. Plus, as we have seen above, the Afghan-Pakistani border is an unnatural political overlay on a fragmented landscape that is virtually impossible for a central government to control. 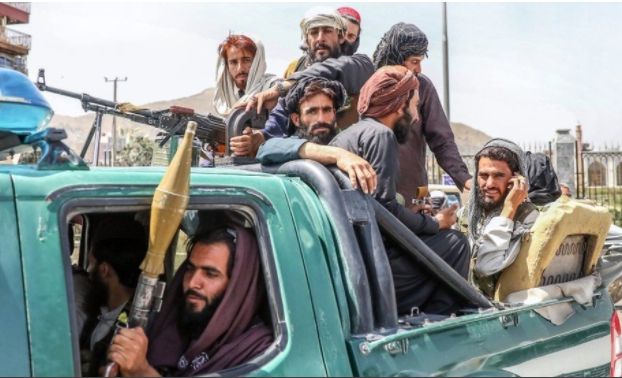 The role of Pakistan

West of the Punjabi-Sindhi core lay the peripheral territories of the North-West Frontier Province (NWFP), Federally Administered Tribal Areas (FATA), and Balochistan province. Though the Pakistani buffer territories of the NWFP and FATA are far more interlinked with Afghanistan than with Pakistan by the common Pashtun populations, they provide Pakistan with some of the depth it lacks to the east and protects against encroachment from the northwest. Having firm control of its heartland and secure access to the sea through the port of Karachi, Islamabad must also control these buffer territories as a means of further consolidating security in the Punjabi-Sindhi core.

Afghanistan is both parts of the problem and solution. It is part of the problem because the Islamist insurgency once supported in Afghanistan has now spilled across Pakistani soil; it is part of the solution because Afghanistan remains a critical geopolitical arena for Islamabad. By securing itself as the single most dominant player in Afghanistan, Pakistan strengthens its hand in its peripheral territories. It ensures that no other foreign power gains a foothold in Kabul. If India did, it would have Pakistan more or less surrounded. Pakistan’s need to assert influence in Afghanistan is hardwired into Pakistan’s geopolitical makeup.

Pakistan retains more levers in Afghanistan than any other single country. Saudi money and American might are the pivotal players in a powerful coalition with abundant resources. But Pakistan will continue to face challenges as it tries to distinguish between and divide the Taliban phenomena in Afghanistan and within its borders: 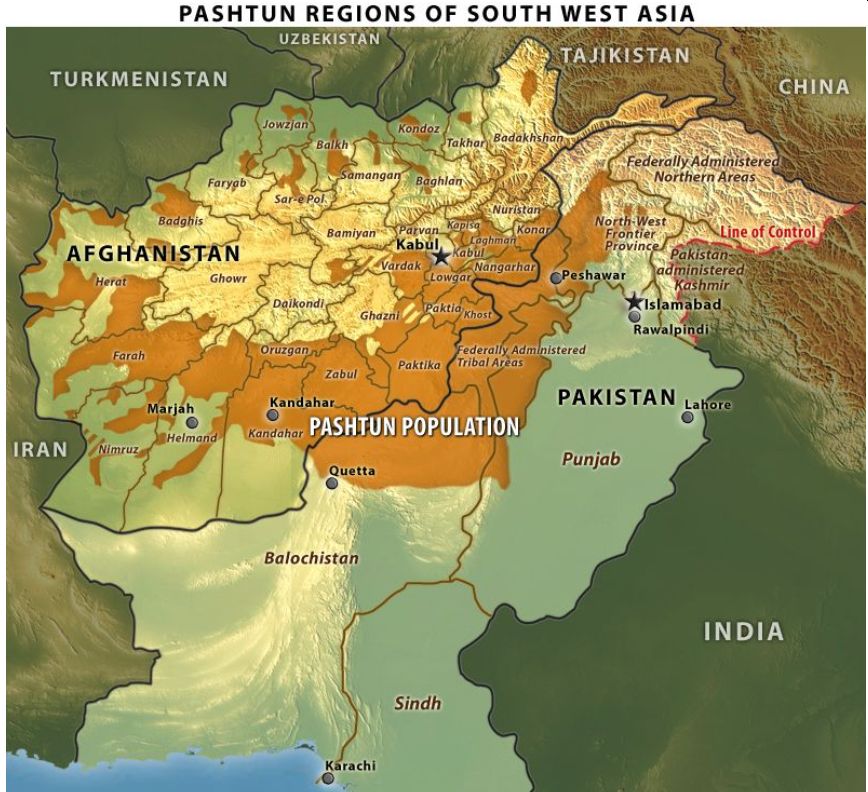 Afghanistan was already an issue for Pakistan when the Soviets invaded Afghanistan in the final days of 1979. A secular Marxist government was in Kabul supported by arch-rival India and bent on eradicating the influence of religion (a powerful and essential aspect of Pakistani influence in Afghanistan). When the Soviets invaded, Pakistan used Saudi money and U.S. arms to back a seven-party Islamist alliance. In the civil war that followed the Soviet withdrawal, Pakistan supported the much more hard-line Islamist Taliban. It gave it the training and tools it needed to rise up and eventually control most of the country. Though Afghanistan was still chaotic, it was the kind of Islamist chaos that the Pakistanis could manage, that is, until Sept. 11, 2001, and the American invasion to topple the Taliban regime for providing sanctuary to al Qaeda.

Thus ensued an almost impossible tightrope walk by the government of then-President Gen. Pervez Musharraf. Pakistan was forced to abruptly end support for the Taliban regime it had helped put into power and around which its strategy for retaining influence in Afghanistan revolved. Islamabad tried to play both sides, maintaining contact with the Taliban and providing the United States with intelligence that helped U.S. forces hunt the Taliban. This engendered distrust on both sides in the process. The Taliban realized that they could not depend on or trust Pakistan as they once did. From 2003 to 2006, American pressure on Islamabad to crack down on al Qaeda in Pakistan’s tribal areas directly contributed to the rise of the Pakistani Taliban.

So as the Islamist insurgency in Afghanistan spilled backward into Pakistan, the cross-border Taliban phenomenon began to include groups focused on the destruction of the Pakistani state. To this day, however, despite the inextricably linked nature of these Pashtun Islamists, there is still an inclination within many quarters in Islamabad to distinguish between the “good” Taliban, who have their sights set on Afghanistan and ultimately Kabul (and with whom Pakistan retains significant, if reduced, influence), and the “bad” Taliban. They have become fixated on the regime in Islamabad and have perpetrated attacks against Pakistani targets.

But even the Taliban have unseated the Afghan government and taken the country by force; it seems unlikely they can rule this new Afghanistan through the barrel of a gun. But it is clear that many, especially Afghan women, are disappointed Washington cut a deal with the Taliban without protections for women and minorities. 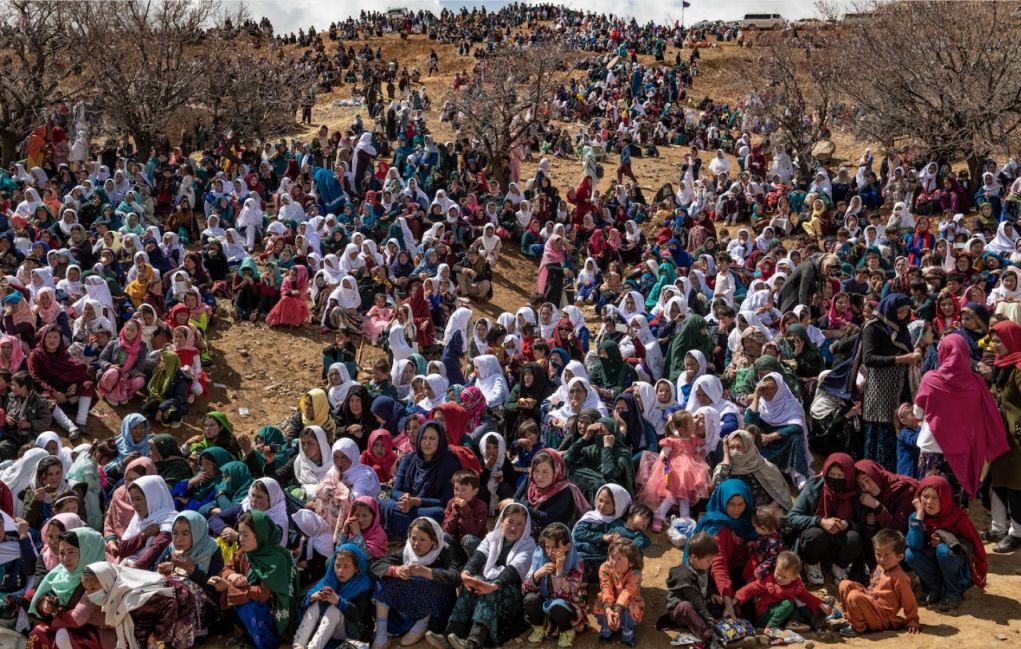 China and Russia have joined the Taliban and hope to gain influence in the new Kabul. But at least three factors remain to be seen. The first is how much control the Taliban have over their local commanders. The second is how far those commanders will be subject to the power interests of local non-Taliban leaders.

The third and most difficult is relations with neighboring countries, notably Pakistan. Shia Iran is hostile to a Sunni Taliban, which has oppressed Afghan Shias. Iran also resents the impact of drugs from Afghanistan on its youth. The western city of Herat lies too close to the border for Iran not to want to have influence. The area’s people are mainly Persian speaking.

Tajikistan is a weak state but has a long border with Afghanistan, where Tajiks, at about 27 percent, are the second largest ethnic group. Uzbekistan, with 34 million the most populous Central Asian state, and an economy that has been growing fast and opening to foreign investment, also shares a border and ethnic links with Uzbeks across the historically significant Amu Darya River. The very secular government in Tashkent is especially wary of the Taliban stirring religious zeal and worried about a refugee influx.

Pakistan’s informal support for the Taliban may come back to haunt it, whether via its own Pakistani Taliban, not officially related but with much of the ideology. Then there is the issue of their shared border, the Durand line created by the British in 1883, which divides the Pashtu people into two and once led to a demand for a Pashtunistan. Afghan and Pashtu are almost synonymous.

The third is whether a Taliban-led country prefers to rely more heavily on Pakistan and China for trade and use the Gwadar port in which China has invested so much money and where the Chinese have been subject to attack. Or whether it will seek a balance by strengthening land links through Iran to its port at Chahbahar just west of Gwadar.

In the background, too, is India, which had backed the US presence in Afghanistan and must now redesign its policies. While the US has a newfound Quad friend in India, the latter has and needs to maintain a good relationship with Iran.

This issue, in turn is a reminder of the other US strategic folly of the past 20 years – the capture of policy by Saudi feudal and Israeli expansionist interests and hence US failure to find accommodation with Iran.

With the collapse of the Afghan government, a campaign of quiet outreach to the Taliban appears to be paying dividends for Russian President Vladimir Putin.The Taliban is, at least on paper -- officially proscribed by Moscow, and the Russian government has yet to recognize the militant group as the legitimate government of Afghanistan.

But on Monday, Russia's foreign ministry announced it had established working contacts with the Taliban, which it said had "started to restore public order" in Kabul and across Afghanistan.

And at the weekend, as the Taliban closed in on Kabul and US-backed President Ashraf Ghani fled the country, the Russians made clear they would not be packing up their diplomatic mission.

Meanwhile, Afghanis and their neighbors will wonder whether this is the end of wars which began with the Soviet invasion in 1979, to install one Communist faction led by Babrak Kamal against another, or whether it will bring just another civil war or eventual dismemberment of a country created roughly in its present form in the 18th century.