These six maps show the development of western and eastern trade networks and their interaction, leading to the emergence of the "Silk Road" and its eventual replacement by maritime routes.

An exeption is Asia where a large network of maritime routes already existed tho hundred an more years B.C.E. For example 200 BC native Balinese were in contact with visiting traders who were able to bring in large amounts of Indian trade pottery. DNA analysis of a tooth found with imported pottery in Bali followed up with research of  the mtDNA and Y chromosome data of 551 modern Balinese men, once more indicated that there was significant prehistoric contact between India and Bali pointing to a much larger trading network in this area than previously suspected. (An Indian trader in ancient Bali, Antiquity, 2004, vol. 78, no 300, pp. 287-293.) See also: 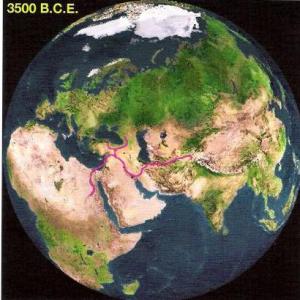 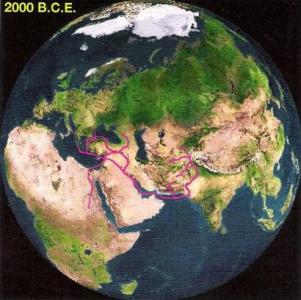 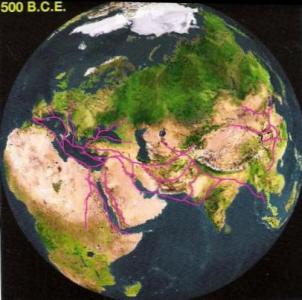 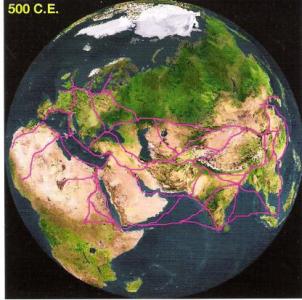 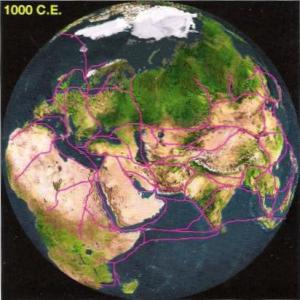 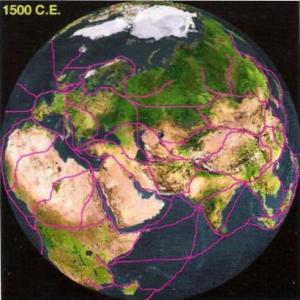